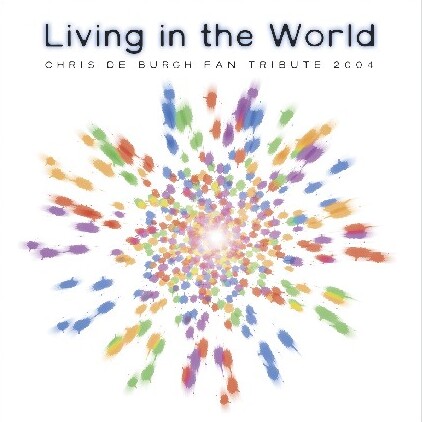 What is so fascinating about the internet, the world wide web? Often people say, that it makes you lonely, sitting in front of your computer, surfing through the web. I can't agree - because I found friends through this medium, like-minded people with similar interests.

One of that groups was the Chris de Burgh mailing list, which I joined at a time when it was a quite small group of people spread around the world. Some years ago the idea came up among that group to record songs of our favourite singer, sung by fans and sung for fans. That is another intriguing development in technology: we are now quite easily able to record songs and put it onto a CD!

That idea led us to an annual tradition which has as a result now the fifth edition, lying here before you. And again talented people from all over the world contributed different songs written by a man who is obviously able to unite people through his music. There are songs recorded professionally in a studio, others at home, but all of them are done with the whole heart.

I'm proud of being part of this project since the beginning and I'm fascinated every year again how fine and peaceful we all work together in the committee, people from different countries, even different continents. And I'm happy that I finally met face to face a lot of those people in Dortmund (Germany).

Wouldn't it be a wonderful world, if more people were working together on one big project, the project of peace and understanding, like we do with our little project?