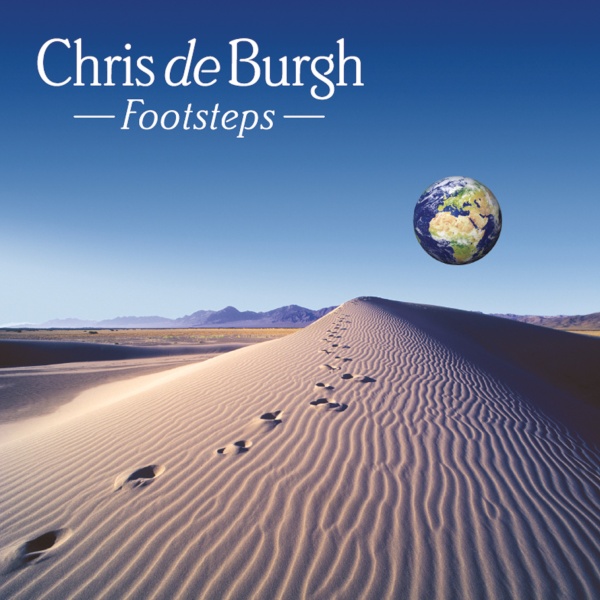 "Footsteps" is Chris de Burgh's seventeenth original album, released in 2008 by Ferryman Productions. This album includes two songs written by Chris de Burgh and cover versions of thirteen other songs that inspired and influenced him throughout his career. The cover versions include well-known songs by bands and artists like The Beatles, Bob Dylan, Toto and Pete Seeger.