Sitting here with my love tonight,
News is breaking from the south,
On the radio, on the radio;

Brother lead and sister steel,
Are playing out their final scene,
On the radio, on the radio;

And when you lie beside me soft and quiet in the night,
I often listen to the rhythm of your heartbeat giving life,
You are so precious to me darling, it will always be that way,
Until the final act is over,
Until every man has spoken,
Until every battle's done,
Until the day,
Transmission ends, transmission ends;

Waiting up for a show tonight,
Coming in via satellite,
From America, from America;

Whispers from some far-off place,
Are drifting into outer space,
From America, from America;

"This is station planet Earth, we're closing down,
Transmission ends,
Station planet Earth is closing down,
Transmission ends, transmission ends."
"This is what the great Irish writer James Joyce once referred to as stream of consciousness, where one idea leads to another. And in this song I'm sitting on a beach somewhere or maybe high up on the cliffs overlooking the beach with the one I love. And it's dusk and we're watching the stars and then wondering what's out there, listening to the radio. "Brother lead and sister steel" - that refers to a war going on somewhere in the world. And then jumping from that to, for me it's a powerful image of moving away, as a camera would, away from the planet earth and the streams of information coming out as we transmit signals, not just all over the world but all over the universe. And then I suddenly imagine there's a spacecraft sent from mother earth in many years to come. And far far away, you see, hundreds of millions of miles away, they've left the planet unaware that a nuclear holocaust is about to happen. The stupidity of mankind of creating weapons of mass destruction, creating weapons that can kill everybody a thousand times over has finally caught up. And I hope that scenario never happens. But as you hear at the end, when I am almost crying the words "I'm always going to love you until the day comes down and the man is on the radio. This is station planet earth, we're closing down.", what has happened is, there has been a desperate, dreadful war and there's a flash of light in the far far distance, and the people in the spacecraft can see it. And an hour later the transmission comes in, after the planet has exploded, at "this is station planet earth, we're closing down". And it's always with me and war, it's about individuals, the same with Borderline for example or Say Goodbye To It All. This is about a man saying "whatever happens, I'm always going to love you". It's kind of a sad song, but it does offer hope, because if you listen to the beeping in the end, it's indicative of the heartbeat that you get on a heart monitor in a hospital. And when it goes to flat line, which means that the heart has stopped, it stops for quite a long time, if you listen to the record. And then it comes on again, it comes back. The patient has revived, the life is still there. And that is my hope for the future that life will continue."

"'Transmission Ends' was a song that I wrote as what we call a stream of consciousness, very much in the style of James Joyce, where one idea leads to another, not necessarily with a logical connection. But as the man is sitting on this sea shore up on a cliff, I can just see the wavy sea grass moving, and it's a lovely summer's day, and he is sitting there with his girlfriend and he is just musing about life. And this develops into maybe later that evening as he sees a shooting star go flashing in the night, he starts to wonder "I wonder if there are other intelligences who have just seen the same thing that I have just seen." And then he has this appalling vision of seeing the planet from a distance, way out, and imagining he is on a space craft, on a Jupiter mission for example, and because of the time difference to send radio signals, it's taking sort of 8 to 10 minutes to get the signal. And as he and his crew have left the planet Earth say a year or two before, there has been terrible difficulties between nations and a nuclear war is being threatened. And in fact, what he sees, the speed of light, he sees a bright flash in the distance. And 7 or 8 minutes later he gets the transmission "This is station planet Earth, we're closing down. Transmission ends." And every time I see this particular film in my mind it gets me very emotional and I can see it so strongly and powerfully, which is why at the end of the song he refers back to himself. He comes back from this vision of seeing this happening from outer space, back to the girl that matters terribly to him. "I am always going to love you, until the final day, until the final hour, transmission ends." Then we get this beeping sound which we have heard from heart monitors in hospitals. And as people have noticed, when it goes flat line, when it turns off, it stays that way with kind of space sounds behind it, and then it revives again. And this is the way I always like to write songs, with some kind of hope for the future. Not just leaving people with a bleak landscape to observe." 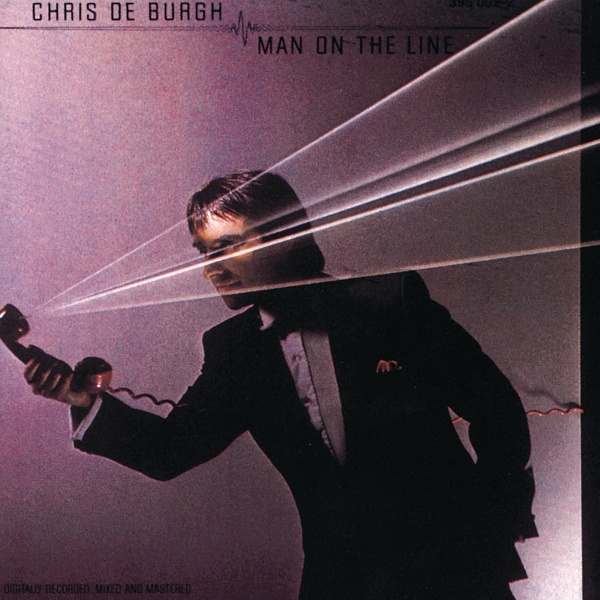