The Last Time I Cried

The last time I cried, I could see the people,
Long ago in the rain,
Waiting as the soldiers put them all on a train,
And the hands on the bars, the eyes full of tears,
And the word is the same, for a thousand years,

The last time I cried, I could not believe it,
When I held on a face,
Staring at a soldier with his gun in the rain,
It was the face of a child, my child here asleep,
And the soldier who smiled, the man was me,

Eli Eli Lama, oh Lord, you have forsaken me,

The last time I cried, the last time I cried,
The last time I cried, the last time I cried,
The last time I cried, the last time I cried,
The last time I cried, the last time I cried,
The last time.
"This has turned out to be an absolute monster. I've described what it's about before, I know, but this is how it has developed. It's about a man, in our times, looking at a video of atrocities. Now, it isn't just the Holocaust; it could have been what happened in Russia when 20 million people were killed. Just imagine that amateur newsreel footage which we've all seen of the corpses being thrown in the ditches - anywhere in the world... The premise of this song is that the people who did those things were not sub-human; they were ordinary people. They were babies, they were loved by their mothers and fathers, they had children. The people who perpatrated these atrocities were as normal as you and me. For me, I find this extraordinary... how did it happen? Anyway, this guy is watching the video, he's not on this own but he sits in a darkened room watching the flickering images - horrified. And he sees the soldiers push a whole bunch of people on to a train - you know, women and children. He looks at the hands on the bars, and the tears on the faces. And the refrain of the song is based on Christ's last words on the cross 'Eli, Eli Lama Sabachthani' and that is the lament of these people; 'why have you forsaken me?' These are people who believe God died, but I'm not saying that. It's just that these people have been forsaken. Then, as the pictures continue on the screen, this man spots a face which he thinks he recognises. So he does a freeze-frame on the face of a child, and to his horror, he realises that child is his own child - lying there in his arms 50 years later; asleep that night he watches the television. A little bit further on he looks at one of the soldiers and again, with mounting horror, he realises that the solider pointing a gun at the child is... himself. Which brings me back to the premise that we are all capable of this. This is the horror that is lurking within the soul. Now, there's a voice-over featured on the record - and only the people reading this Gazette will find out what it is. So I'll tell you: the voice-over is the eulogy that is spoken on Remembrance Sunday for the dead of the two World Wars.

And it goes: 'They shall not grow old as we that are left grow old. Age will not weary them, not the years condemn. At the going down of the sun and in the morning, we will remember them.' That eulogy is kind of spoken in the background, and even if you didn't know what it's about, I think you'd still feel the passion. The people who have heard it are just... stunned."

"The Last Time I Cried" appears on the following albums: 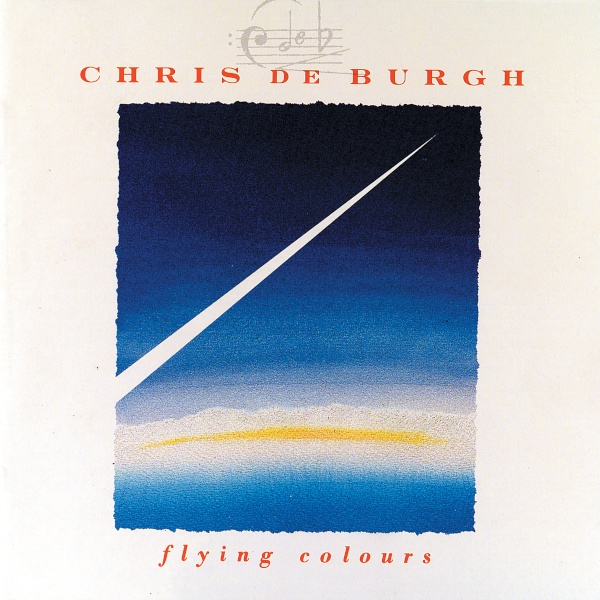