Love Of The Heart Divine

And he laid her down in a field of corn,
And the sun was on his back,
Up above there was, a clear blue sky,
she held him by the hand,
she had known him since they both were young,
He'd been always in her life,
And the first time that he had kissed her lips,
she knew it deep inside, that this was;

Through the long hot days and the summer nights,
he was always by her side,
Just a boy and girl in an innocent world, before the Flanders tide,
When the autumn leaves had turned to gold,
She would have her wedding day,
And the people sang like an angel choir,
And everybody said that this was;

Then the winter came, and the winds of war were blowing with the snow,
And he looked so fine in his uniform, she knew that he must go,
When the soldiers left on the morning train,
She was waving him goodbye,
And as the tears rolled down, for the very first time,
The baby kicked inside, and this was;

Love of a different world, love of the life,
Love of the ancient ones, love of the heart divine.
"It's one of my very favourites, actually not just from the Quiet Revolution album but possibly of all time. What happened was, I was playing the piano and this idea, this sentence came out 'And he laid her down in a field of corn and the sun was on his back'. And immediately I started getting this vision of a couple obviously in a field. A hot summer's day, a field of corn, an innocent world, and the idea of a young couple who had grown up in the same village somewhere in the Southwest of England started coming into my mind. In about 1911, don't ask me why, but this is what happened. And they grew up, and during their teenage years they had been to school together, they were very friendly, they became boyfriend and girlfriend. And just before the First World War broke out, they get married. It's a very pretty country wedding. And then the war breaks out. And at that famous scene, I am sure we have seen in many movies, with the soldiers leaving on the trains, leaning out, waving their hats, and everybody is on the platform, their wives and the children and the mothers and fathers waving. It's a very emotional scene, plenty of tears. At that point, as the train pulls out of the station on this great adventure that all these young men thought that the first world war was gonna be, she felt the first kick of the baby. And I think the irony of this is that we now know with history that the First World War for everybody involved was an absolute disaster. So this was an age of innocence where, you know, getting ready to fight for Lord Kitchener. And it's young love. What isn't expressed is what happened next. It doesn't really matter what happens next but for me it's a very emotive song and, as I said, one of my favourites."

"Love Of The Heart Divine" appears on the following albums: 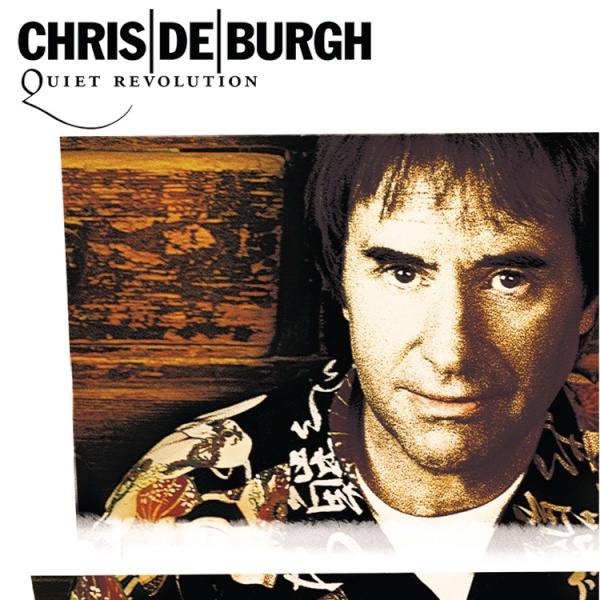