Blonde hair, blue jeans, best thing I've ever seen,
She looks great, she feels good, lives in my neighbourhood,
And when she walks past my house she brings me to my knees,
It's like a long dark shadow falling over me; I'm talking 'bout

Blonde hair, blue jeans, she haunts me in my dreams,
I wake up, I fall down, I'm lost in what I've found,
Because she lies beside me and whispers in my ear, please, please,
And when I start to kiss her she just disappears;

I'm gonna be where I wanna be,
That's holding her right next to me,
I'm gonna get her in my life, anyway at all; I'm talking 'bout

Blonde hair, blue jeans, best thing I've ever seen,
We're so right, we're skintight, and I'll be with her tonight,
I'm gonna bring her up and take her on the floor,
And when the morning comes then she's gonna beg for more,

I'm talking 'bout, blonde hair, blue jeans,
I'm talking 'bout, I'm talking 'bout,
Blonde hair, blue jeans.
"This track, which will be the debut single from the album, I wrote during the summer when I was driving along in my car. I think I was on the way to see Diane is hospital, and in the back seat were my two little boys - my daughter was in Italy - and, in the front seat, was the girl who was looking after the children. She had blonde hair and she was wearing blue jeans and, I kind of noticed out of the corner of my eye as I was driving along in the little village we live in, that a couple of other people were just like her. Same thing: blonde hair, blue jeans. And I though 'God, that's interesting.' You know, it seemed to be a nice couple of words, and I started banging the steering wheel just going (sings) 'blonde hair... blue jeans... best thing... I've ever seen...' I was quite excited by the idea, and the moment I got home I went straight into my studio, picked up my guitar and I started playing - and the whole song came out in about four or five minutes. Obviously, I'm not talking about all of the words, because they take a lot longer, but the general feeling of the song came out really fast. And this has been the pattern for just about every song I've written on the album; once it's come out and the inspiration begins, the song itself has been disgorged, as it were, in almost the length of time that it actually takes on the record - like five minutes. People laugh at that when they ask how long it takes to write a song and I say 'Six months and five minutes.' Which is exactly what it is!

Blonde Hair Blue Jeans is, for me - apart from possibly pretty heavy guitars on it - no different to anything that I've done before, except there's a vibrancy and an energy and urgency about it which I probably haven't before ever put on to record. Basically, what I had in my head when I wrote the song is a guy, anywhere in the world - but perhaps in America - living in a quiet neighbourhood. There's this girl keeps walking past his house every day, and she's absolutely stunning. She becomes part of his fantasy, part of his dream, and he really wants to win her. Well, the lyrics go 'Blonde hair, blue jeans, best thing I've ever seen. She looks great, she feels good, lives in my neighbourhood. When she walks past my house, she brings me to my knees. It's like a long dark shadow, falling over me.' He's haunted in his dreams by her, and she kind of comes and kisses him. It's sexy, too - overtly sexy - and that's the point, as well. I'm a little sick of the comfortable sweaters and cosy kind of Chris de Burgh vibe that I have to live with sometimes - and this is out and out rock. I think ZZ Top would have been proud of this track! So, anyway, the song is a fantasy but there is a real woman in his dreams - and he's dreaming of having her. We've all done that, we've all seen a woman and thought 'Wow! I really fancy her...' And that's what it's about. It's great energy, and it's going to be an absolute stormer live." 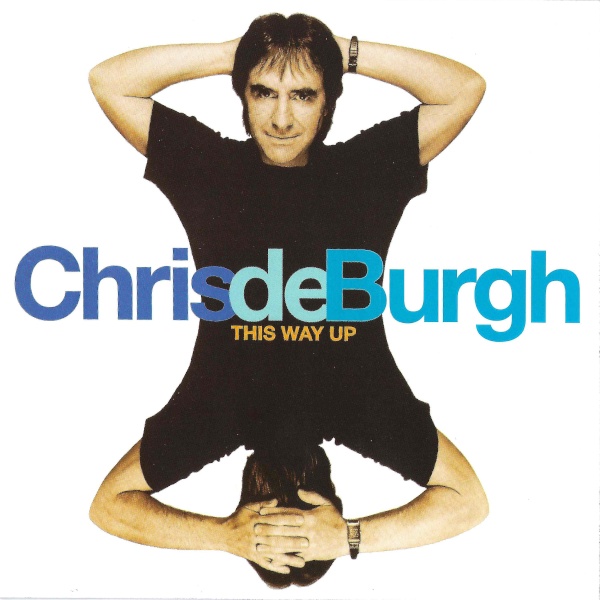